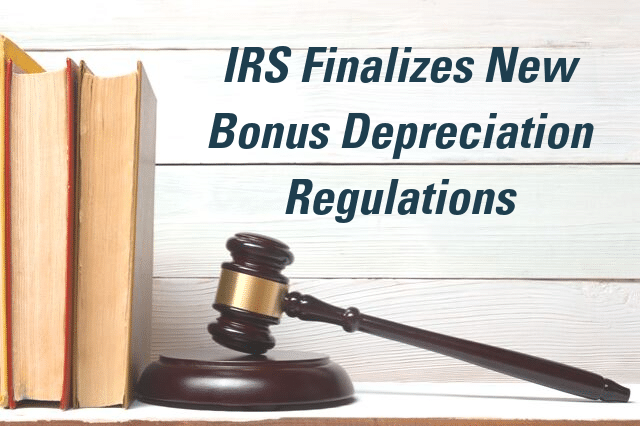 The cost of any section 179 property may be expensed and deducted in the year the property is taken in service. The maximum deduction has been increased from $500,000 to $1 million and the phase-out threshold has been increased from $2 million to $2.5 million. The new maximum deduction amounts will be adjusted for inflation in taxable years after 2018.

The definition of section 179 property was also expanded to allow taxpayers to include several improvements to nonresidential real property, when the property was placed in service after December 31, 2017.

The law increases bonus depreciation from 50% to 100% for qualified property. Businesses are now allowed to immediately deduct 100% of the cost of eligible property acquired and placed in service after September 27, 2017, and before January 1, 2023. Bonus depreciation is allowable also for plants planted or grafted after September 27, 2017, and before January 1, 2027. The allowable amount of bonus depreciation is then phased down over four years (except for property with long production periods, where the dates have been pushed out by a year):

The new law expanded the definition of qualified property and added qualified film, television, and live theatrical productions as eligible for 100% bonus depreciation. Exclusions from the new definition of qualified property were also included and apply where the furnishing or sale has been approved by a federal, state, or local government agency, a public service or public utility commission, or an electric cooperative. One exclusion includes property primarily used in the furnishing or selling of:

Additionally, the new law provides guidance on operational rules, how to compute additional bonus depreciation, making elections, and specific requirements for property to qualify. It discusses how the basis of property subject to the alternative depreciation system is determined when it otherwise qualifies for bonus depreciation. TCJA removed the requirement that the original use of qualified property commence with taxpayer, and as such, bonus depreciation may now generally be taken on used property.

It is clear that Qualified Improvement Property remains ineligible for bonus depreciation. The proposed regs are cited at Prop Reg-106808-19.

Looking to further your career in tax preparing? Start studying for the Enrolled Agent Exam with Surgent EA Review today!