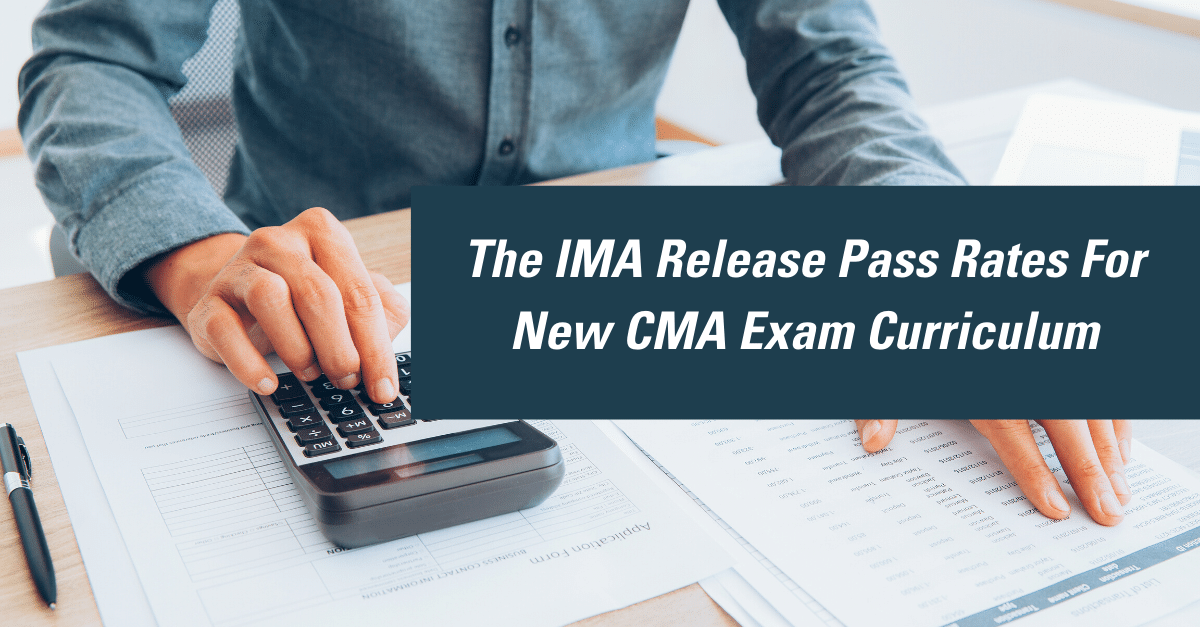 The IMA have released the pass rates for the first testing window of the revised CMA (Certified Management Accountant) exam content.
The testing window spanned January to February 2020, and was the first of three testing periods this year.

Of a pool of more than 5,000 Part 1 and Part 2 exam parts taken during the first testing window under the new curriculum, they announced a worldwide pass rate of 45% across both parts.

So, what does that mean?

When we compare these scores to previous years, we see a pretty substantial increase in pass rate for Part 1 – up by 10%! Part 1 saw the most significant content change in the revised curriculum – announced in January of this year – with the addition of content covering technology and analytics.

And Part 2’s 45% pass rate is in line with previous years. The Part 2 changes included greater emphasis on ethics and strategic decision-making.